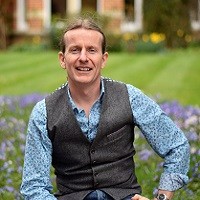 Kevin is from County Kerry, Ireland. After qualifying as a history and business studies teacher, he spent three years working in a rural secondary school in Botswana.

On his return to Ireland he worked in primary education for 12 months before reengaging with his first love of teaching history. In 2001 he relocated to Oxford and was appointed the CAS Coordinator at St Clare's.

He "fondly" remembers those days of counting hours as a means of recording Diploma student's participation in CAS.

He completed his MA in Education from Oxford Brookes University.In 2006 he was appointed Head of CAS at St.Clare's. He is attracted to the key ideals of CAS giving an opportunity to students to develop skills and talents, as well as areas for growth, and to work to make the world a better place through active involvement in the community.